Benign liver tumors do not spread to other organs in the body and often show no symptoms. They are detected on medical imaging studies such as an ultrasound, CT test or MRI and usually pose no serious health risks. Liver tumors can grow large enough to cause problems, but can usually be treated with surgery. The most common noncancerous types of liver tumors are hemangioma, focal nodular hyperplasia, and heptic adenoma.

The most common of all benign liver tumors is hemangioma. Hemangioma is a mass of abnormal blood vessels. This mass usually causes no symptoms and does not need treatment. However, in rare cases, some may bleed and need to be surgically removed to prevent clotting or heart failure.

Hepatic adenoma is another common benign liver tumor. Symptoms of hepatic adenoma include abdominal pain or blood loss. Continuous monitoring of this tumor is crucial as they can become larger, rupture or turn into cancer. Surgery to remove the tumor may be recommended as treatment, depending on the size of the adenoma.

While benign liver tumors can be surgically removed when large enough to cause problems, malignant tumors are primarily treated and managed by chemotherapy, radiation therapy, targeted therapy, endoscopic procedures and surgery.

Primary liver cancer is a disease in which malignant cells form in the tissues of the liver. Several tests that examine the liver and blood can be done to detect primary liver cancer. These tests include serum tumor marker test, liver function test, medical imaging, and liver biopsies such as fine need aspiration, core needle biopsy, or laparoscopy.

The most common type of primary liver cancer is hepatocellular carcinoma (HCC).

Some symptoms of HCC include swollen abdomen, easy bruising and bleeding, jaundice, itching, weight loss, blood in stool, fever, and loss of appetite, and discomfort in the upper abdomen on the right side.

The growth of hepatocellular carcinoma can vary. One way HCC can develop is as a single tumor that grows and eventually spreads to the other parts of the liver late in the disease. Another way HCC can form that is most common with people with cirrhosis is to start as small cancer nodules throughout the liver.

Another form of primary liver cancer is cholangiocarinoma also known as intrahepatic bile duct cancer or bile duct carcinoma. Cholangiocarcinoma is a rare type of cancer both inside and outside the liver that begins in the cells that line the bile ducts.
The tumors can vary in size and can be small or large when they arise within the liver. In comparison, the tumors are usually smaller when they arise along the bile ducts that enter the liver.

Some treatment options suggested for cholangiocarcinoma may be stent placement, surgery, chemotherapy, and radiation therapy.

Surgically removing bilary tract tumors for the treatment of cholangiocarcinoma offers the best possibility for cure. This option often requires the removal of a large section of the liver in order to remove the bile duct and tumor.

A rare form of liver cancer is angiosarcoma also known as hemangiocarcinoma. Hemangiocarcinoma only accounts for 1% of all liver cancers but is a rare, yet fatal tumor that begins in the cells lining the blood vessels of the liver. This cancer is often detected at an advanced stage because the disease grows so quickly.

Another rare form of liver cancer is hepatoblastoma typically found in infants and children up to 3 years old. Children born prematurely who are underweight have a higher risk of developing hepatoblastoma. Other risk factors of hepatoblastoma include having hemihyperplasia, Beckwith-Wiedemann syndrome, or a family history of familial adenomatous polyposis.

Surveillance is required for tumor lesions smaller than one centimeter. A follow-up every three months is needed in which some of the tests that were done to diagnose the cancer may be repeated. These tests will be used to decide whether to continue, change, or stop treatment.

Embolization therapy is used when surgery is not an option for treatment to remove the tumor and whose tumor has not spread outside the liver. This treatment option uses substances to block or decrease the flow of blood through the hepatic artery to the tumor. The blocking and decreasing of the flow of blood cause the tumor to not get the oxygen and nutrients it needs which will keep the tumor from growing. The two types of embolization therapies are transarterial embolization and transarterial chemoembolization.
Ablation therapy destroys and removes tissue. The types of ablation therapy that can be used for liver cancer include radiofrequencey ablation, microwave therapy, percutaneous ethanol injection, cryoablation, and electroportation therapy.

Targeted therapy is a liver cancer treatment option that uses drugs and other substances to detect and attack specific cancer cells without damaging normal cells. Targeted therapy is used to prevent cells from dividing and stops the growth of new blood vessels needed for the tumor to grow. 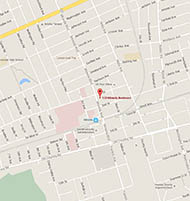